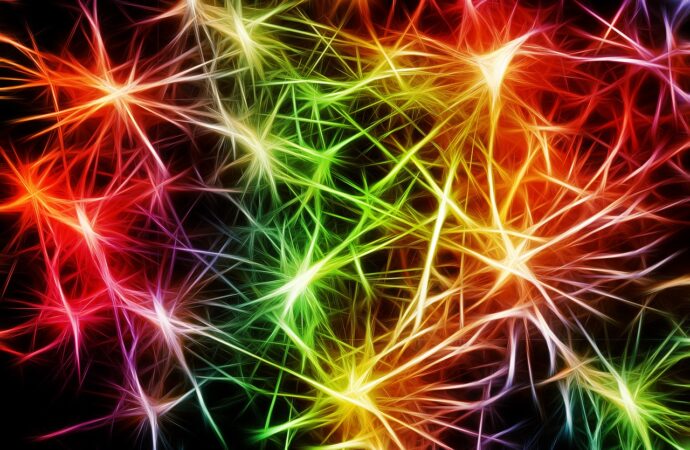 In the era of COVID-19 pandemic, isolation and social distancing can take a toll on mental health. When neurons stop working correctly, people can suffer from neural disorders and neurodegenerative diseases.

Targeted stimulation, that is, the non-invasive stimulation of the brain by exposure to light, may improve the treatment of neural dysfunctions. The therapeutic effects of this technique have been observed as early as the sixth century.

Here, we try to answer the following questions: which part of the brain is responsible for visual stimuli processing? How is it possible that people can see the light? And is it possible to improve brain function using it?

Visual cortex – where the visual patterns are recognized

The brain is sensitive to light, which regulates natural hormones like cortisol and melatonin. Different colours of light cause different responses from the brain: some colours promote the release of hormones, while others inhibit them. For that reason, light can be used as a non-invasive brain stimulator.

Any consideration of that process has to start by analyzing the area of the brain responsible for seeing. The visual information coming from the retina is transmitted through the lateral geniculate nucleus (LGN) to the visual cortex. There, the brain can recognize images, thanks to the visual processing unit. This unit is subdivided into six different areas, each one specialized in different functions: primary visual cortex V1, prestriate cortex V2, third visual cortex, including area V3, visual area V4, middle temporal visual area V5 and dorsomedial area (DM) V6.

V1 area is essential for vision processing. The cells placed in the primary visual cortex respond to specific types of visual cues such as the orientation of edges and lines. Damages in this area often cause people to lose the perception of depth and, possibly, to the complete loss of awareness of the visual stimuli. V2 is responsible for the storage of object recognition memory and helps to convert short-term memories into long-term ones. Visual areas V3, V4 and V5 process motion and sensibility to colour. And, finally, V6 is associated with the response to the visual stimuli connected with the self-motions.

Understanding vision – the highway inside of the brain

The anatomical structures of the brain convert light energy into electrical signals, which then can be received and analyzed by the brain. This process begins at the retina and ends at the primary visual cortex. When visual information leaves the retina, it runs through a channel, called the optic nerve, to the LGN. Next, the signals go around the walls of both cerebral hemispheres and reach back to the primary visual cortex (figure 2).

Light can also be used in brain therapy in an invasive way. Best known as optogenetics, the technique allows light to control neurons without placing any devices inside the brain. However, it usually requires genetic modification of neurons to make them more sensitive to light.

One of the non-invasive techniques is based on the use of near-infrared light (760–940 nm), a low-level light therapy that allows indirect modulation of the neuronal activity using just light. The process relies on an enzyme that reduces oxygen to water, thus generating excess metabolic energy by neurons in the brain.

But long-term exposure to light can contribute to the overproduction of hormones such as cortisol and adrenaline, and cause health problems. Specifically, the overexposure to blue and green light can lead to the production of stress hormones to such high levels that it can badly affect the body and the mind.

Blue light has a high frequency and, consequently, high energy; it is the most energized light in the visible spectrum. Thus, blue light helps us stay awake, have a better memory and improves the mood, especially during the day. At night, on the contrary, it can have an unwanted effect and cause sleep disturbances.

Short-wavelength light, like blue light, stimulates the brain, causing the release of cortisol, the stress hormone. That substance wakes up the brain and, at the same time, reduces the release of a natural hormone, melatonin, which regulates sleep.

Thirty to sixty minutes after a person wakes up, cortisol levels start to rise and the Cortisol Awakening Response (CAR) takes place. This evolutionary mechanism helps us become more vigilant right after our day begins. Blue light enhances CAR, making us more alarmed and energetic. It has been already shown that CAR can be used as a therapeutic tool, particularly for teenagers who do not get enough sleep.

Using different types of light to control neural activity is a fairly new method that shows promising results in the treatment of brain disorders and cognitive performance issues. For instance, red light is a commonly used light therapy for skin, anti-ageing, joint pain, inflammation, and muscle health. The main advantage is that these therapies can be applied without introducing any instruments inside the body or breaking the skin barrier.