Home Mind & Brain In Alzheimer’s Disease, Faulty Tau Spreads Rapidly But Is Not Toxic at... 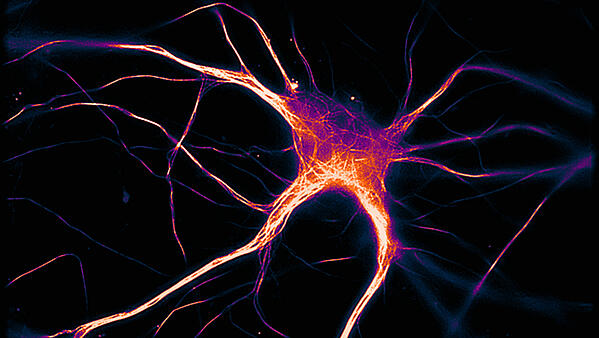 The accumulation of misfolded tau proteins in the brain is one hallmark of Alzheimer’s Disease (AD). Researchers at the University of Southampton, UK, have found that these proteins spontaneously form aggregates that spread from neuron to neuron but do not lead to immediate toxicity.

Tau proteins are abundant in the central nervous system and have an important role in the stabilization and correct functioning of neuronal cells. The hyperphosphorylation of tau proteins leads to their malfunctioning and the formation of aggregates that spread to native proteins. Even though it is long known that this process leads to extensive cell death in the brain, the mechanisms through which tau aggregates and spreads to other cells remained elusive.

The article “Tau Misfolding Efficiently Propagates Between Individual Intact Hippocampal Neurons”, published today (October 28) in the Journal of Neuroscience, aimed at clarifying the link between tau misfolding and propagation and neuronal impairment of AD patients.

With a minimalistic neuronal circuit, investigators were able to follow individual murine neurons in the presence of misfolded proteins. Using fluorescence to track both hyperphosphorylated and normal tau proteins, the researchers detected spontaneous tau aggregates. In addition, they found that aggregates spread from neuron to neuron in a rapid and efficient manner, via the terminal, distal axons.

These aggregates are not acutely toxic at first. The team analysed cell death and disintegration of neurons and, even five weeks after the detection of tau accumulation, the neurons remained intact. Over time, however, the accumulation of tau leads to synaptic losses, that is, the incorrect propagation of information between neurons.

The study thus suggests that pathology could be rescued with therapies focusing on mild cognitive impairment since AD pathology is believed to happen only after the misfolded proteins aggregate and propagate to other cells. “Our data imply that because the affected neurons are intact and viable at the early stages of misfolding, (…) neurons with tau pathology could potentially be rescued with a therapeutic disease modifier”, the researchers write.