Home Paper in Review CTVT: the Cancer ‘Parasite’ that Sailed With Dogs 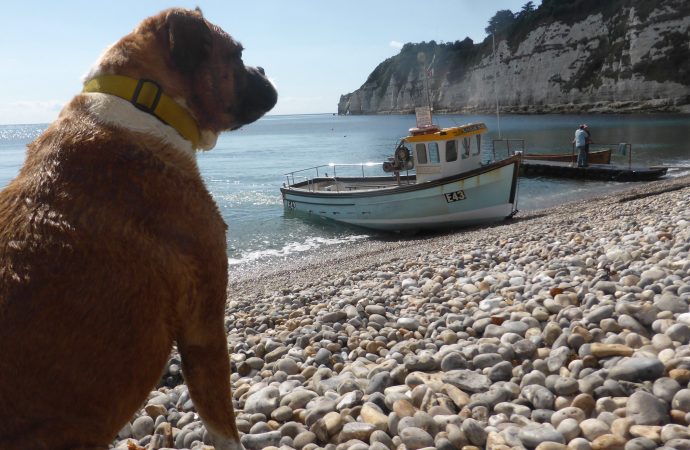 The canine transmissible venereal tumour (CTVT) is a sexually-transmitted cancer

The cancer lineage first arose from its founder dog 4000 to 8500 years ago, likely in Asia

CTVT underwent a rapid global expansion within the past 500 years, likely aided by the intensification of human maritime travel.

Cancers arise when cells acquire mutations and, eventually, leave the site where they first formed and arrive at other regions of the body, a process called metastasis. These cells are talented at spreading uncontrollably, but they normally don’t go beyond the boundaries of the individual body.
Transmissible cancers, however, have the unusual property of passing between individuals of a population, via a direct transfer of living cells, either in the form of coitus, biting or scratching. These “parasite” cancers are rare but, once established, spread rapidly and persist for a long time.

Alongside the Devil Facial Tumour Disease, in which malignant cells pass between Tasmanian Devils through biting, the Canine Transmissible Venereal Tumour (CTVT) is the most studied type of transmissible cancer. The “founder dog”, the individual in which this cancer first arose, lived several thousands of years ago, which makes CTVT the oldest known contagious cancer. The malignant cell clones survived the “founder dog” and, via mating, populated new host dogs. CTVT is now a common disease worldwide, even though it largely declined in many Western countries due to the removal of free-roaming dogs.

CTVT accumulates somatic mutations, non-hereditary changes in its genetic sequence. The mutated cells divide themselves but are not passed to the offspring via sexual reproduction, meaning that each generation of individuals with the disease has, in its DNA, a record of the mutagenic environment of their time. The CTVT genome is, therefore, a living biomarker of the dog population throughout time and across continents.

The investigators studied the somatic mutations present in the exome (the part of the genome that contains the DNA sequences that code for proteins) of 546 CTVT tumours. As expected, the analysis yielded thousands of genetic variants, highly enriched for somatic mutations.

Next, the scientists chose a subset of these variants and constructed a phylogenetic tree, a diagram that represents the way individuals evolved from a common ancestor. Thanks to this diagram, it was possible to understand not only the mutational process of the CTVT lineage but also how the dogs evolved and travelled for centuries.

The phylogenetic tree allowed investigators to understand that canine cancer arose between 4,000 and 8,000 years ago, in Central or Northern Asia. During the following 2,000 to 6,000 years, the cancer lineage remained in those regions, having then escaped its “founding population” and spread to Europe and other regions in Asia.

For the next years, CTVT history is marked by rapid expansion: approximately 500 years ago, it entered the Americas with early colonial contact, probably initially to Central America. The sub-lineage spread out of the Americas 300 years ago, to Africa and again to Europe and Asia. In parallel, a second tumour sub-lineage spread to Australia, the Pacific region and North America. One-hundred years ago, CTVT was present in dog populations worldwide.

This model shows us how malignant venereal tumours are like parasites, sticking together with dogs while they were transported around the world between the 15th to 20th centuries. The maritime route was probably the most used form of transportation for the canine companions of sailors.

Canine cancers, on the contrary, have high mutation burdens and long life-spans. Negative selection, that is, the removal of gene variants that have harmful effects on the fitness of the dog population, is a more dominant source of evolution than positive selection.

The Benefits of DNA and mRNA Vaccines