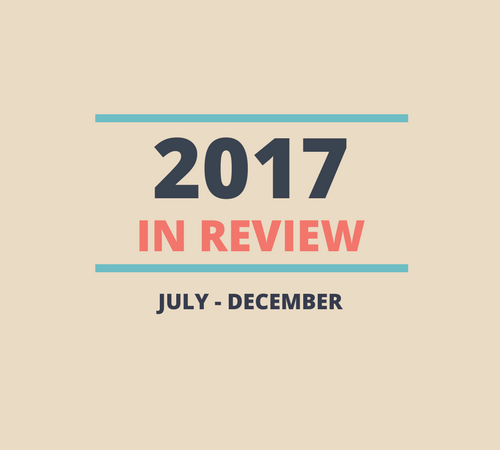 In July, four major academic institutions cancelled their contracts with Elsevier. In a statement released on June, 30, the universities declared their support for improved access to scientific literature and their discontentment for libraries’ expenditures on journal subscriptions.
After several rounds of contract negotiations, Elsevier has refused to the universities’ proposals. In support of the Project DEAL, that states that all the publications by authors from German institutions will automatically be switched to open access, German Institutions refused to renew their contracts with the Dutch publisher.
Read more:
http://www.fu-berlin.de/en/presse/informationen/fup/2017/fup_17_180-charite-hu-fu-tu-kuendigen-vertrag-elsevier/index.html
https://www.the-scientist.com/?articles.view/articleNo/49906/title/Major-German-Universities-Cancel-Elsevier-Contracts/

In a sample of deceased NFL players who donated their brains, 99% had Chronic Traumatic Encephalopathy (CTE), a degenerative disease found mostly in people who suffer traumas.
Though the study is limited by the sample – familiars who donate the brains of their loved ones usually already suspect that there might be some health problem with them- it revealed the large proportion of individuals with CTE ever reported.
Read more:
https://jamanetwork.com/journals/jama/article-abstract/2645104?redirect=true
https://www.npr.org/2017/07/25/539198429/study-cte-found-in-nearly-all-donated-nfl-player-brains

For the first time in almost a century, people living in America were lucky enough to witness a total solar eclipse, where the moon completed covered the sun’s surface, casting a shadow over the continental U.S. and parts of Canada. NASA estimates that almost 40 million people watched the online broadcast of the event.
Astronomers are still studying the effects of the eclipse on Earth; one recent study finds that the phenomenon created rippling waves in the Earth’s atmosphere.
Read more:
https://www.nasa.gov/feature/eclipsing-online-records-through-the-eyes-of-nasa-numbers
http://www.newsweek.com/august-solar-eclipse-left-fascinating-clues-about-hidden-atmospheres-and-vital-759365
https://news.nationalgeographic.com/2017/12/solar-eclipses-earth-bow-waves-atmosphere-space-science/

Researchers at The Scripps Institute developed a vaccine that prevents heroin metabolites to reach the brain. After an inoculation, the body generates antibodies against the opioid molecules; ultimately, the vaccine reduces the sense of euphoria and the shortness of breath, thus potentially reducing addiction and deaths by overdose.
The study has shown promising results in rodents, but critics point that eliminating addiction in humans is not only a matter of stopping the drug from working.
Read More:
http://www.scripps.edu/news/press/2017/20170606janda.html
http://pubs.acs.org/doi/abs/10.1021/jacs.7b03334

An international research team used the CRISPR-Cas9 system in viable human embryos. The team of scientists working in the U.S., South Korea and China fixed a mutation that leads to the thickening of cardiac cells.
Although none of the embryos was transferred into women, the study has caused a wave of criticism because of the potential to make permanent changes in a human germline and the lack of evidence of long-term safety.
Read more:
https://www.nature.com/articles/nature23305#abstract
http://www.sciencemag.org/news/2017/08/first-us-based-group-edit-human-embryos-brings-practice-closer-clinic

The FDA approved a treatment that uses engineered immune cells to treat acute lymphoblastic leukemia, the most common childhood cancer. The therapy, developed by Novartis, is administered a single time and costs $475,000. This is the first time gene therapy, where the patient’s own cells are targeted to kill leukemic cells, is approved in the U.S.
The cost seems too excessive for most people, though. In addition, critics point the fact that the treatment was adjudicated to a pharmaceutical when the government had already spent millions of dollars on research.
Read more:
https://www.technologyreview.com/s/608771/the-fda-has-approved-the-first-gene-therapy-for-cancer/
https://www.fda.gov/NewsEvents/Newsroom/PressAnnouncements/ucm574058.htm

On September, 15, Cassini made its final mission in Saturn. After nearly a decade of exploration, the spacecraft made its final dive into the giant planet’s atmosphere. The NASA mission has collected millions of photos and data.
Read more:
https://saturn.jpl.nasa.gov/mission/about-the-mission/summary/

Artificial Intelligence Used to Distinguish between Gay and Heterosexual Faces.

A study described a deep neural network capable of distinguishing between gay and heterosexual faces. The study assumed that faces contain much more information about sexual orientation that can be interpreted by the human brains. They trained a machine to do that work, using pictures on dating sites and assuming that gay people have “gender atypical facial features”.
The goal of the work was to warn about the serious implications of artificial intelligence on the lives of people who cannot reveal their sexual orientation. But many LGBTQ rights advocates criticize the mining of public data, the wrongful interpretation of the results and, above all, that the authors treat sexual orientation as a binary, rigid concept.
Read more:
https://osf.io/zn79k/
https://www.glaad.org/blog/glaad-and-hrc-call-stanford-university-responsible-media-debunk-dangerous-flawed-report
http://callingbullshit.org/case_studies/case_study_ml_sexual_orientation.html

A study finds that yetis, mythical creatures that inhabit the mountains of Nepal, Bhutan and Tibet, are, in fact, bears. Scientists analyzed DNA samples that were thought to belong to the Abominable Snowman and found that most of them belonged to local bears.
Read more:
http://rspb.royalsocietypublishing.org/content/284/1868/20171804
https://daily.jstor.org/its-a-yeti-its-an-abominable-snowman-its-a-bear/