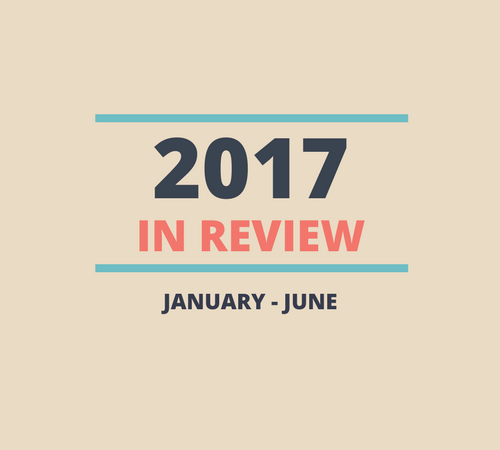 On January 21, 2017, the day after Trump was elected the 45th U. S president, over five million people gathered in several cities in the world and marched for “a world that is equitable, tolerant, just and safe for all”.In the end, the polarized support and discredit for the march only proved its necessity. And, if in the beginning of the year, people marched on the streets, by October women took their personal marches to the front covers of newspapers, televisions and Twitter, in a bold and organized fight against misogyny, sexual harassment and sexual assault.
Read more:
https://www.womensmarch.com/march/
https://www.colorlines.com/articles/why-im-skipping-womens-march-washington-opinion
https://www.newyorker.com/culture/jia-tolentino/the-somehow-controversial-womens-march-on-washington

The NASA’s Spitzer Space Telescope revealed the existence of seven Earth-like planets, located outside the solar system. The planets are located in the exoplanetary system known as TRAPPIST-1 and they have been thrilling astronomers from all over the world.
All seven planets have temperatures low enough to hold liquid water on their surface.
Read more:
https://www.nature.com/articles/nature21360
https://www.nasa.gov/press-release/nasa-telescope-reveals-largest-batch-of-earth-size-habitable-zone-planets-around
https://www.ua-magazine.com/galactic-updates-trappist-1-and-other-exoplanetary-interests/#.Wj0_bVVl_IU

For the first time, an artificial system achieved human parity in recognizing speech patterns. Researchers at Microsoft designed a speech recognition technology that transcribes, as well as professional transcribers, telephonic conversations. But, however impressive this achievement might be (especially considering that telephonic conversations are difficult to transcribe), the head of Microsoft Artificial Intelligence and Research, Harry Schum, assures that computers are still far from being able to understand and interpret human conversations.
Read more:
https://arxiv.org/abs/1610.05256
http://www.newsweek.com/microsoft-speech-recognition-achieves-human-parity-511538

Scientists from the Universities of Leuven and Antwerp reported their findings of a photoelectrochemical cell (PEC) that turns air contaminants into hydrogen gas while mineralizing the pollutants to less harmful CO2. The authors hope for a practical application of this PEC  in the industry.
Read more:
http://onlinelibrary.wiley.com/doi/10.1002/cssc.201601806/abstract
https://newatlas.com/pollution-power-hydrogen/49416/

Software Tracks People in a Crowd

One of the most interesting studies in computer vision from 2017 deals with multi-object tracking. The study, published on arXiv, describes a system able to track hundreds of people in crowded scenes. Its authors argue that Binary Quantic Programming can help us address safety issues, helping to prevent disasters and protect individuals in large groups of people.
Read more:
https://arxiv.org/pdf/1603.09240.pdf

Much of the research on memory formation has been based on the assumption that memories are created at two different stages. First, the brain creates short-term memories in the hippocampus, which are then slowly converted into long-term memories and stored in the brain cortex.
In April this year, a study by MIT scientists challenged the state-of-art. Susumu Tonegawa and his team demonstrated that short and long-term memories of the same event are, in fact, formed simultaneously in the hippocampus and cortex. At first, long-term memories are silent but, over time, they become consolidated.
Read more:
http://science.sciencemag.org/content/356/6333/73
http://news.mit.edu/2017/neuroscientists-identify-brain-circuit-necessary-memory-formation-0406

The U.S. drops the Paris Agreement

In June, President Donald Trump announced the United States will abandon the Paris agreement. Because of legal clauses, the withdrawal will only take place in 2020.
The Paris agreement was set in motion in 2015 to limit the temperature rise below two degrees. Signatory countries are expected to submit and implement their own national climate actions.
Since last November, after Syria entered the agreement, the U.S. became the only country left out of it.
Read more:
https://treaties.un.org/pages/ViewDetails.aspx?src=TREATY&mtdsg_no=XXVII-7-d&chapter=27&lang=en
https://www.theatlantic.com/science/archive/2017/11/syria-is-joining-the-paris-agreement-now-what/545261/