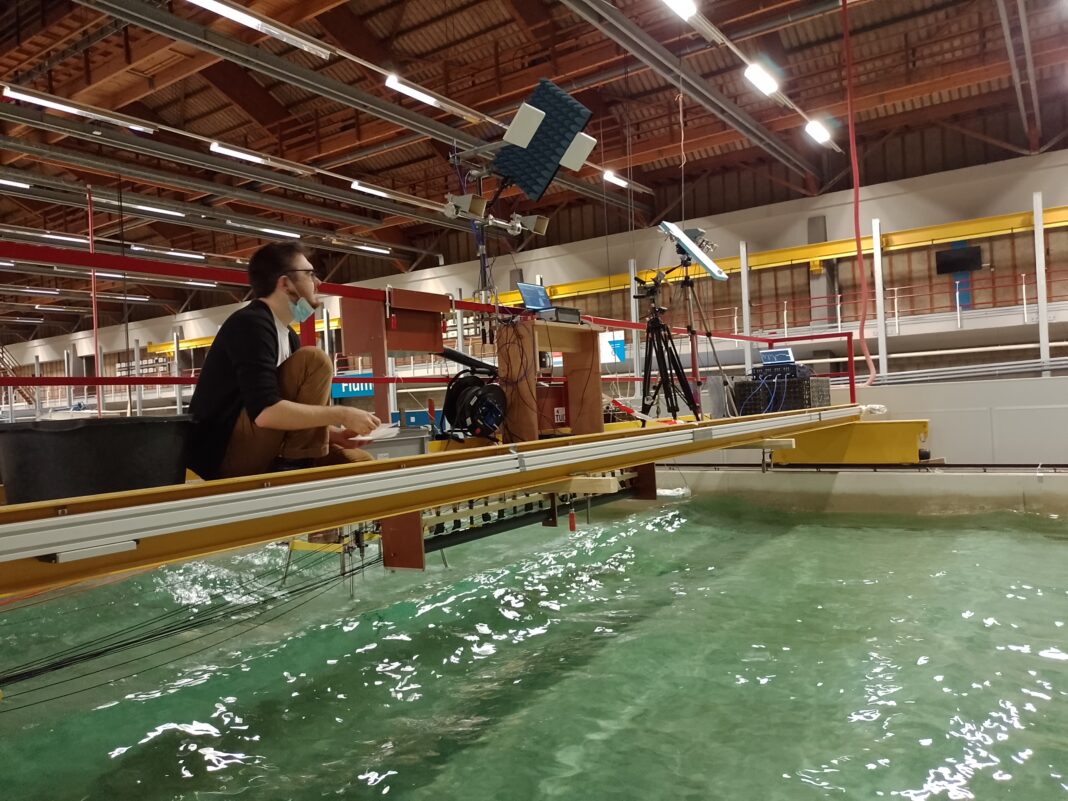 The European Space Agency (ESA) and the Dutch institute, Deltares, tested satellite technology that could help track plastic pollution in the ocean. At the Atlantic basin – a wave facility placed at Deltares – diverse research groups had the chance to collect useful data to help understand what the best instrument would be to detect plastic waste in the ocean, from space. This project is part of a larger OSIP campaign on marine plastic, supported through ESA’s Discovery and Preparation program.

According to the World Economic Forum, an average of 10 million tons of plastic enters the ocean annually—equivalent to a truckload of plastic dumped every minute—but researchers only know what happens to roughly 1% of it. In this scenario, satellite monitoring might offer solutions to mapping marine plastic waste befouling our oceans.

As Peter de Maagt, antenna engineer at ESA, explains “A year and a half ago, ESA decided to see if satellites could be used to detect plastic in the ocean. So, there was a call to all ESA members in Europe, and Canada, asking:  If we give funding to research for detecting plastic, how would you do it? Over 50 ideas came back from all over Europe and Canada. We selected the most promising ones, almost 30 projects.”

After that, ESA decided to conduct some experiments in the facility at Deltares research institute in Delft in the Netherlands and invited teams to attempt to validate the assumptions made in their own projects. As de Maagt points out, “To demonstrate that your assumptions work, you need a facility like this. So, we asked some of the team which has made some correct assumptions, to come here to test them.”

The test campaign took place in the Atlantic Basin Facility. It is 75 meters long and 9 meters wide, half the size of an Olympic swimming pool and has wave generators to recreate realistic deep ocean waves.

de Maagt concludes that “The first campaign showed us that we can detect plastic in a basin like this. There is no doubt. In this current campaign, we are trying to know how little amount of plastic we need to have so that the instruments can still detect it. We are trying to find the lower boundary. You see the difference between the first campaign and this one. Now, it is like a machine doing a measurement; we are super happy with that.”

To complete the experiments and test these technologies in an environment as realistic as possible, the basin generates waves that simulate the deep ocean. Deltares flow expert, Anton de Fockert explains that “These waves are a bit different from shallow water waves because they don’t feel the bottom. We throw different kinds of plastic into the basin so we see if we can detect them with the equipment the researchers have deployed next to the basin.”

The research consortium tested both optical and microwave technologies. In 2021, they proved that microwaves are able to detect plastic in the ocean. Now, they’ve focused on which of these frequencies is providing better results. Furthermore, the scientists have explored different concentrations of plastic to find the lower-bound limits at which plastic pollution becomes undetectable by these instruments.

Morgan Simpson, a Ph.D. student from the University of Stirling, Scotland, and a research member included in one of the invited groups assert that “Last year we saw that it is possible to use microwave remote sensing instruments to identify differences in the water when plastics are present in the ocean. Also, we saw that it was different depending on the plastic material, if it was a bottle or a straw. So, now we are trying to see at what standard it is possible to detect plastic—what concentration of plastic, what wave [height] is good for us, which items…  At the end of the campaign, we combine the insights of all groups, after which we can decide on the next steps to take to monitor plastics in the ocean.”

In the Deltares facility, it was proven that the instruments are in fact able to detect plastic in the water. To capture further data and improve confidence in what satellite technology is able to track, the next phase is to take the research outdoors, into the wild. ESA expert, Peter de Maagt explains how this could work, suggesting, “We will go to a lake, or the North Sea, or the coast of Portugal, and do these same measurements with a drone or an aircraft. If we still detect plastic, the only step forward is an experimental space mission. We are very positive, but now we cannot say conclusively  whether this is going to work.”

These efforts may lead us to a future scenario where satellites are able to help policymakers identify what happens to the millions of tons of marine plastic that remains hidden from view, and to be able to propose improved technological solutions for remediating our joint ecological anthropogenic nightmare.

All pictures were taken by Josefina Cordera.