Home Earth & Environment Our rights to the sky 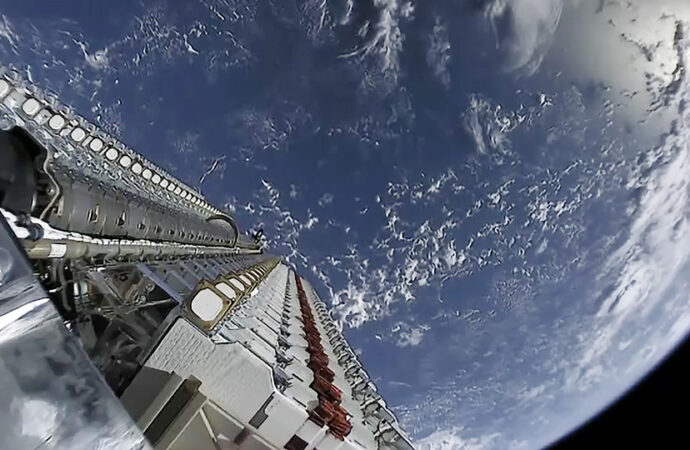 During a solar eclipse in India on October 20th, 1868, English astronomer Norman Lockyer noticed a peculiar yellow shade in the light detected with their instruments. He and chemist Edward Frankland concluded that it was caused by an element unknown on Earth. They named it helium after the Greek God of the Sun, Helios.

For centuries, scientists thought that the Milky Way was the whole universe. In 1929, American astronomer Edwin Hubble published a work that changed our view of the cosmos forever. He provided convincing evidence for the existence of another galaxy, far away from ours. Seven decades later, a telescope named in his honor was used to discover that the visible world contained hundreds of billions of galaxies.

In the sixties, physicists Robert Dicke and Jim Peebles predicted that if the Big Bang had occurred, the universe should be filled with microwave radiation.

At the same time, Arno Penzias and Robert Wilson used a Bell Laboratories radio communications antenna for astronomy investigations. During their work, they faced persistent low-frequency noise radiation. After exhausting every possible explanation of its origin, either in their instruments or in the atmosphere, they concluded that it came from outer space. Penzias and Wilsons had spotted the first evidence of Dicke and Peebles’ prediction: the echo of the Big Bang.

Astronomy has been one of the most significant endeavors of humanity. Striking invaluable findings –from the discovery of subatomic particles to the origin of the universe, what we know about gravity, how the planets move, the existence of exoplanets, and other worlds — have emerged from observing the sky.

For centuries, the city’s light pollution has been a big problem for stargazing. Today, we can only enjoy a night sky full of stars in the countryside. In an Atlas published in 2016, Italian and American scientists showed that over eighty percent of the world’s populations live subject to light-polluted nights. Earth scientist Chris Elvidge raised his voice to the National Oceanic and Atmospheric Administration:

We’ve got whole generations of people in the United States who have never seen the Milky Way.

It’s a big part of our connection to the cosmos –and it’s been lost.

The skyglow from towns and cities is an environmental quality issue as harmful as water or air contamination. It disrupts our sleep even far from the primary source. Not only are people hit: flora and fauna need the nights for their biological rhythms. Beyond the disappearing stars in the heavens, lighting pollution affects the entire ecosystem.

SpaceX is planning to put in orbit tens of thousands of satellites at low and high altitude orbits (550 km and >1000 km) promising high-speed broadband internet connection. The company has already brought more than a thousand to orbit since May 2019. On March 14th, they launched the latest sixty.

Astronomers worldwide are alarmed about the threat to science and the unknown problems associated with this new form of space contamination. They alert these artificial mega-constellations will turn light pollution from a local into a global problem.

“The Starlink satellites just passed directly overhead. They were glinting, some as bright as Polaris. Quite an eerie-looking thing.

In a statement released in June 2019 by the International Astronomical Union, members expressed their concern:

…the principle of a dark and radio-quiet sky is not only essential to advancing our understanding of the universe of which we are a part, but also as a resource for all humanity and the protection of nocturnal wildlife.

Not only will Starlink light-pollute the near space, but OnWeb, Amazon Kuiper, China CASC, China LuckyStar, China Commsat, China Xinwei, and India AstroTech are a few of many others in the development of artificial constellations.

In a recent article, astronomers of the European Southern Observatory analyzed the impact of eighteen low-orbit constellations on their instruments.

They were not surprised to find that these satellites, in development by several companies, will influence their largest telescopes. The Vera Rubin Observatory –which scientists project will produce the deepest and broadest image of the universe– will be most affected.

On April 27th, 2020, the National Academy of Sciences, Engineering, and Medicine held a Zoom Conference on optical interference from satellite constellations. Elon Musk had the opportunity to explain how his company is planning to reduce their brightness “to allow enjoyment of the skies and not thwart scientific discovery.”

Anthony Tyson, Chief Scientist at the Vera Rubin Observatory, commented on Musk’s presentation: “… even if that works, evidence of satellite trails will clearly be in the data, complicating analysis and limiting discoveries.”

How do we defend our rights to the sky? This is an unavoidable question stated by Stefan Kirchner, professor of law at the University of Lapland, Finland. Near space is part of our planet, part of our global environment.

According to Kirchner, scientists can do very little from a legal point of view to prevent corporations from launching a large number of satellites. International space law does not address the question of light pollution from artificial constellations.

Astronomers are asking for collaboration on investigating how to mitigate satellite mega-constellations’ effect on observations, involving companies and government agencies.

Kirchner emphasizes that cooperation between ground-based astronomers and new space corporations “cannot be enforced because the competing activities happen in different legal spheres.” Jurisdiction on activities on the ground and in space are separated. Astronomers “have fallen into a legal black hole.”

Scientists may explore the possibility of dealing with the problem considering that constitutions and human rights law protect both activities: scientific research on the ground and launching satellites into orbit.

The XXVI Convention on International Liability for Damage Caused by Space Objects states that a launching State shall be liable to pay compensation for its space object on Earth’s surface. Diving deep in reality, the rights to astronomy, even under international treaties, would have to be taken to the nation’s courts where the satellites are registered — a complicated and expensive maneuver, with minimal chance for success.

The importance of global communication is undeniable. It is the core of scientific collaboration. Nevertheless, new technologies should not hinder scientific discoveries.

Lighting pollution already stole the Milky Way from many of us. Astronomers keep working on the factual and independent quantitative assessment of the effect of artificial mega-constellations on their observations before it is too late. In the meantime, democracies need to review local legislation and international agreements to protect our rights to the sky.