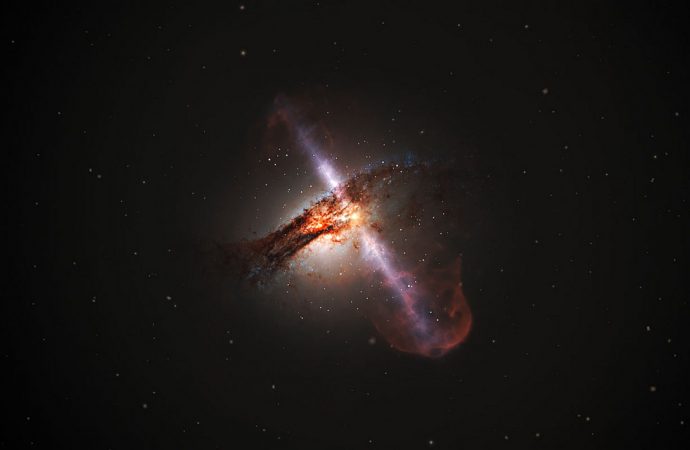 The black holes sparked the public imagination for almost 100 years. Their presence in the universe has been debated for long; however, the detection of X-ray radiation coming from the center of the galaxies has put an end to the discussion and undoubtedly proven their existence.
The vast majority, if not all, of the known black holes were unveiled by detecting the X-ray radiation emitted by the stellar material around them. Black holes emit X-ray radiation, light with high energy, due to the extreme gravity in their vicinity. X-ray photons emitted near rotating black holes not only exposed the existence of these phantom-like astrophysical bodies, but also seem to carry hidden quantum messages. A recent article posted in the pre-printed arXiv argues that X-ray radiation coming from fast spinning black holes encompasses quantum information.

A curved and twisted space-time

Near the fast spinning black holes, space-time possesses a very particular, curved and twisted, shape. This curvature of space-time rotates the polarization angle of photons emitted or passing near a black hole, encoding a qubit -the unit of quantum information, which is the quantum equivalent of the classic bit.
Moreover, the twist of space-time imprints orbital angular momentum to photons, encoding a second qubit. Together, both the polarization and the orbital angular momentum of X-ray radiation make up the so-called two degrees of freedom of X-ray photons.
Thus, the quantum information is encoded in these two degrees of freedom acquired by X-ray photons near the rotating black hole. Rotating black holes can implement quantum gates and quantum circuits, like Bell states, which are quantum counterparts of the classical computer programing.
Bell states measure the degree of correlation (entanglement) between the two qubits encoded by the X-ray photons  and are strongly related to the spinning speed of the black holes. The faster the black hole spins, the louder and clearer the quantum message the black hole is sending to the vast Universe.
In the recent program Quantum Experiments at Space Scale (QUESS), China launched the first quantum communication satellite, designed to connect us to a future global quantum information network. This endeavor raises the hope that the recent future will connect us to the Universe’s quantum information network. For instance, it is known that spinning black holes send information about their states that we cannot “hear” yet. Expanding our knowledge on quantum information is a step forward in understanding how the Universe is trying to communicate with us.
References
Ovidiu Racorean (2016). Photonic Bell states creation around rotating black holes ArXiv arXiv: 1608.06822v1