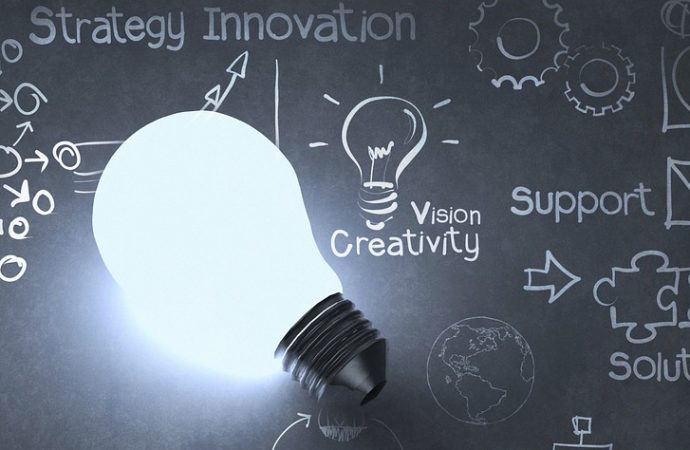 “Scientists often find themselves caught between a rock and a hard place: after years of experimentation, they make an exciting discovery, but soon struggle to make that discovery profitable. For Murray Pratt, dean of the Amsterdam City College, innovation can give a concrete meaning to scientific discoveries. Ten scientists tried to prove him right last week, at the Amsterdam Science & Innovation Awards.”

Ten ideas reached the event finale due to their high commercial and social potential. The finalists had less than 5 minutes to defend their ideas. At the end of the day, one took home the audience award, another was considered the idea with the highest potential and the winner was awarded for its life-changing discovery. First, the seve

Improving Digital Publishing – The current software publishing tools were designed for a world of analogue print. The Sausage Machine promises to improve books’ digital outcome, by turning any manuscript into a digital format that can be easily read in any electronic device.
Getting the most out of lab machines – Scientific research is often restricted by laboratorial equipment’s outcomes. Henrik van de Ven designed the REMI (Reflection Modulation Interface), a device that can be adapted to laboratorial equipment and will allow researchers to combine the data output of one machine with the input of the next one.
Giving consent to data usage  – The use of patients’ research and clinical data is commonly hindered by ethical restrictions. Derk Arts wants to solve this issue with MyConsent, a platform that allows patients to control the usage of their own data by clinicians and researchers.
Monitoring heart diseases – CONCOR, an interactive smartphone app, allows doctors to monitor patients with Heart Congenital Diseases from a distance, therefore reducing expensive hospital admissions. According to Mark Schuuring, the fact that CONCOR can be tailored according to users’ input makes this application superior to other competitors in the market.
Fat Monitor – Etto Ering created a bracelet that detects blood vessels’ fat involved in arterial clogging. The Intelligent Fat Monitor will help users to check their weight and internal fat and, eventually, help prevent cardiovascular diseases.
Diagnosing tuberculosis – Dr. Arend Kolk plans to build a device, based on gas chromatography and biological markers, to detect tuberculosis. This handheld device will be more accurate and less expensive than the currently used diagnostic techniques.
Creating a stable HIV vaccine – An HIV vaccine seems closer than ever. Yet, high shipment costs to African countries are still a major concern. Steven de Taeye claims he has discovered a way of increasing HIV-protein’s stability and, therefore, solving the problem of vaccines’ distribution.
More than 2500 people voted for their favorite idea and the awarded finalist took home 5,000€.

The Amsterdam Science & Innovation Audience Award was given to HEAD (Hydrocephalus Early Diagnosis), a tool that will improve hydrocephalus diagnosis.  Hydrocephalus is a neurological disease, affecting mainly newborns, that leads to an increase in brain pressure.
Resembling a supermarket scanner, the HEAD generates a 3D reconstruction of the newborn’s face and accurately identifies one of the most common symptoms of hydrocephalus, the enlarged forehead. According to Dr. Hedy Folkersma, the HEAD is an easy to use, accurate and self-improving system, which gives it an enormous advantage over the current diagnostic tools.
The event jury awarded the idea with a broad range of applications that still needs further improvements to offer its full potential to society.

The Feeling Thermometer was awarded 2016’s high potential idea. As a social neurologist, Marte Otten found that the Implicit Association Test (IAT), developed in 1998, is a valuable questionnaire to measure people’s unconscious preferences and feelings towards certain concepts, such as racism or homophobia. Her idea is to turn the IAT into an online app, the Feeling Thermometer, that can be used by companies or governmental organizations for marketing purposes.
In Marte’s opinion, The Feeling Thermometer’s applications are endless. She used it to find out what her favorite soccer team is (turns out she is an Ajax fan), but the Feeling Thermometer can be fully customized to accommodate corporations’ desires, in order to determining what their target audiences think of their products.
The winner was rewarded for his confident presentation and passion for the idea. The 10,000€ prize will allow him to develop his groundbreaking idea in cancer treatment.

In early diagnosed breast cancers, doctors often operate ‘in the dark’, as they have no means of telling healthy and cancerous cells apart. Facing this problem, Bram Schermers developed the MaMaLoc, a magnetic marker capable of spotting cancerous cells, when used in combination with a specific detection platform.
Bram plans to make MaMaLoc available in operation rooms all over the world; doctors who already tested it claimed that ‘if MaMaLoc was already commercially available, they would immediately start using it’. The MaMaLoc marker can be implanted some days before the surgery and, besides allowing for high surgical precision, it can improve patients’ cosmetic outcome.
The Amsterdam Science and Innovation’s jury was convinced by ‘the added value that MaMaLoc will bring to people’s lives’, as well as by Bram’s ‘self-confidence and passion for the idea’.  In the future, the MaMaLoc can be expanded to other types of cancer, such as head and neck tumors.
References:
de Taeye, S., Moore, J., & Sanders, R. (2016). HIV-1 Envelope Trimer Design and Immunization Strategies To Induce Broadly Neutralizing Antibodies Trends in Immunology, 37 (3), 221-232 DOI: 10.1016/j.it.2016.01.007
Alchin, D. (2014). HIV vaccine development: an exploratory review of the trials and tribulations Immunologic Research, 60 (1), 35-37 DOI: 10.1007/s12026-014-8551-y