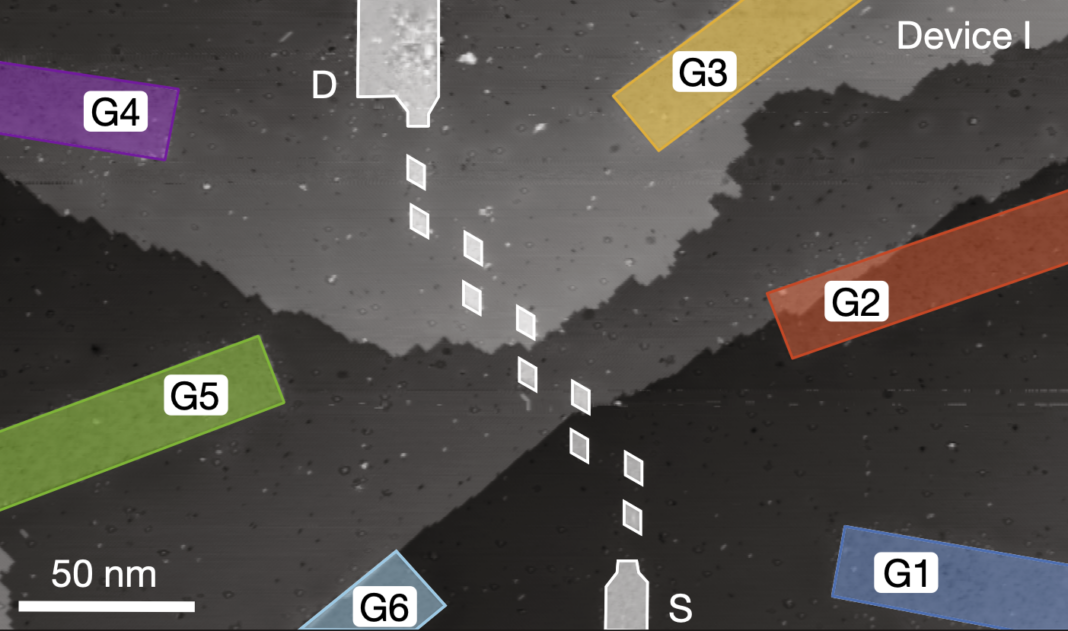 To understand processes essential for life, such as molecular recognition, gene transcription and translation, and DNA repair, quantum mechanics is unavoidable. That is also the case for new materials and drug design.

Powerful classical computers have been helping simulate the dynamics of these systems. However, usually through methods where most of the atoms and molecules involved are treated using classical mechanics approximations, while regarding only a small portion of the molecules, with very few atoms, as the quantum sector. The reason is that quantum physics calculations for many particles—e. g., many atoms in a large protein—become intractable, even for the most powerful classical computer.

In 1982, Richard Feynman argued that to understand a quantum system entirely, we would need to use processors based on the principles of quantum mechanics, which is precisely what we call quantum computing today.

During the last decade, quantum computing went from a dream to a tangible and promising technology. Recently, a team from the New South Wales University in Australia successfully developed a quantum processor, or more precisely, a quantum integrated circuit, to simulate an organic molecule strand. They were inspired by the striking conducting properties of polyacetylene, a polymer consisting of a chain of carbon and hydrogen atoms with double bonds organized in a pattern of alternating single and double bonds.

In classical computing, what we usually regard as a simulation, consists of a program with an input, which is interpreted and used to perform the calculations by the transistors in the computer, finally producing an output or result.

In contrast, in their experiment, Michelle Simmons and her collaborators directly manipulated the “hardware.” They constructed a physical nano-scale analogous that emulates the actual organic molecule, known as an analogue quantum simulation.

To recreate the organic strand, the researchers prepared a piece of silicon, covering it with a protective layer of hydrogen atoms. They used a microscopic tip to strategically eliminate some of the hydrogen atoms, creating a chain of ten “holes.” Immediately, they exposed the system to phosphine (PH3), inducing a reaction in which phosphorus atoms end up deposited in the holes, creating phosphorus dots, each covering a 25 nm2 area (about the size of a large molecule, e. g., a protein). These phosphorus dots are called quantum dots due to their capacity to host electrons, emulating a crystal or a molecule. The distance between the quantum dots in the chain was chosen so that the electrons can “jump” from one dot to another or be shared by two dots, like in a chemical bond.

In this novel experiment, each quantum dot can host two electrons, twenty across the chain. The researchers filled the chain with five electrons, each of them shared by a pair of dots or dimers. Then, they measured the electric current going through the chain and investigated the energy of two possible configurations or phases: the trivial phase and the topology phase.

In the trivial phase, each of the five electrons is localized in each dimer—emulating a chemical bond. In the topology phase, only four electrons are localized in dimers, and the fifth electron is not “bonded” to any dimer but localized at the edge of the simulated molecule (Figure 3). In the trivial phase, the chain behaves as an insulator, while in the topological phase, it behaves as a topological insulator characterized by “unbonded” electrons at the edges.

In their paper recently published in Nature, the researchers reported they had successfully engineered a device that emulates strongly interacting electron systems with promising quantum chemistry applications.

Professor Simmons explained that their experiment shows “that you can literally mimic what actually happens in the real molecule. And that’s why it’s exciting because the signatures of the two chains are very different.”

Extensively investigating the chemistry and properties of larger molecules, like those involved in life processes, is beyond the reach of classical computers. Quantum computing is entering the scene to help understand these systems. We are witnessing the onset of a new industrial revolution with atoms as workers and rules dictated by the quantum world.