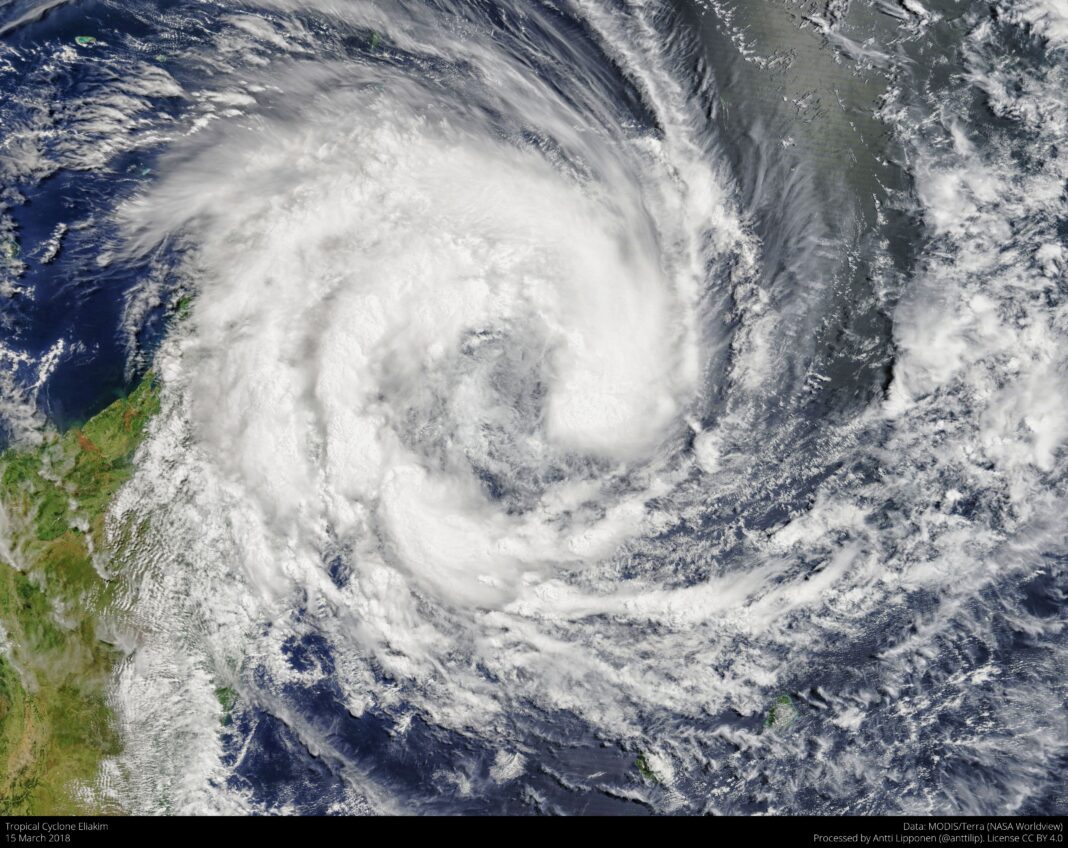 Research recently published in Science suggests that modifying the amount of anthropogenic aerosols released into the atmosphere could have impacted the behavior of global tropical cyclones over the last 40 years.

Anthropogenic aerosols are suspended solid particles or liquid droplets in the air, such as sulfate, nitrate, black carbon, and organic carbon. Fossil fuel burning, deforestation fires, and burning of agricultural waste are big producers of these aerosols.

Murakami and his team found that the decreasing presence of these particles in the air because of pollution control measures in Europe and the United States has contributed to reducing the occurrence of cyclones over the Southern Hemisphere, but increasing them over the North Atlantic.

Furthermore, the increasing air contamination in South and East Asia, as a consequence of their economic and industrial growth, generated a large decrease in cyclones over the Western North Pacific.

According to the study, fewer sulfate emissions—a component of the anthropogenic aerosols—from Europe and the United States impact the heating in the North Hemisphere in relation to the South. This phenomenon has led to anomalous meridional atmospheric conditions and to fewer tropical cyclones generation.

The Western North Pacific area is affected by the anthropogenic aerosols from India and China. The rising aerosols might cool down the Asian continent and reduce its thermal contrast with the Indo-Pacific oceans. Consequently, the monsoon trough, which is one of the major sources of tropical cyclones, would weaken in the summer. The result is fewer cyclone frequency and genesis.

Early studies have already indicated that anthropogenic aerosol emissions, specifically sulfates, affect cyclone activity. However, they were focused on a local scale from a thermodynamic point of view. For instance, explaining the decreasing cyclones’ action due to aerosols’ presence in open oceans that inhibit solar insolation.

Instead, Murakami used climate modeling simulations using a dynamic approach to reveal the impacts of aerosol emissions changes in tropical cyclones’ large-scale circulation patterns. This study also indicates that further reduction in the generation of anthropogenic aerosols in Europe and the United States will lead to a poleward shift of subtropical jets. This will influence tropical cyclone activity in the North Atlantic.

The modeling outputs are consistent with the observed cyclone behavior over the past 40 years. However, changes are different in each region because other factors have been involved in the global tropical cyclone activity. The team reported in previous studies that greenhouse gases, volcanic eruptions, and multidecadal natural variability might also be involved in these changes.

The findings confirm the consequences of human activities on the environment. Moreover, it emphasizes the major impact that future controls of anthropogenic aerosols’ emissions could have on global cyclone activity.