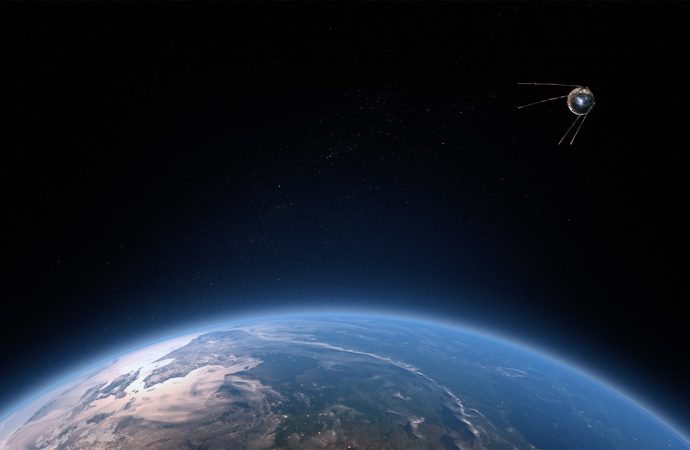 Humanity is now facing the dawn of a new technological era involving quantum mechanics in almost all aspects of social life, from computation to communication. It might be natural to ask if we shouldn’t consider the search for quantum messages from extraterrestrial intelligence.
Last year, China has launched the first quantum communication satellite bringing the humanity on the verge of a huge jump in communication technology. Considering light as the carrier of the quantum information, the Chinese satellite is primarily designed to test the robustness of quantum entanglement, a bizarre property of quantum systems responsible for quantum computation and quantum communication. Furthermore, this first quantum satellite will probe not only high-security data encryption but also a new way of data transfer as quantum information encoded in properties of the light particles, photons.
The quantum communication revolution may prove importance in transferring data at far distances and so, in communicating with our peer intelligence life in the universe.
Is quantum communication through light the answer to our long search for the Extraterrestrial Intelligence (ETI) signals?

As weird as may sound considering our actual technology of exploring the physical reality, quantum communication might be the primary way of information transfer in the universe, as a recent article suggests [1]. According to the article, light traveling in the deformed spacetime close to spinning black holes is constrained to encode and process quantum information pretty much like the information is manipulated in our actual laboratory quantum computers.
Following the curved and twisted lines of the distorted spacetime, photons encode quantum bits of information in defined sequences that could make one think of computer program lines of a code. When eventually escape the black hole influence, photons in the light beams are endowed with simple quantum codes that we may interpret and assess the information they contain.
Since quantum computation and quantum communication seem natural phenomenon occurring in the universe, it might look genuine to consider quantum communication with light as the proper way advanced civilization exchange information.

We already have the technological capabilities to detect and measure quantum information encoded in light. Accordingly, many university laboratories and private companies around the world are testing quantum technology in all aspects of their applicability, from encoding quantum algorithms in photons, to transferring quantum bits at significant distances and to storing quantum information.
The technological equipment researchers are using now in labs may well serve to analyze the light captured by telescopes from outer space and measure the quantum information stored in every photon. Moreover, by pointing the telescope in the right direction in space, considering all the earth-like exoplanets [2] lately discovered by NASA, our chances to detect quantum signals increase.
Initially, we may only detect and measure elementary quantum states exhibiting a certain extent of quantum entanglement or even maximally entangled Bell states. This is a clear sign that we are not alone.
Although we may detect and decode fragments of quantum information stored in the astronomical light, we need some special tools to properly identify the encoded message.

Detection the quantum information encoded in light might be the premise to quantum communicating with ETI, but still it not resolves the problem of interpreting the content of the message. The required instrument that hypothetically may arrange the detected quantum states in the right sequence to decipher the quantum message is the quantum computer. Harnessing the computational tremendous power of quantum computers, quantum states of photons may be put together in the right order to form the intelligible output.
The efforts to create a functional quantum computer are now in the final stage of moving the final product out of the laboratory and implement it on the industrial level. In the not so distant future, quantum computation will be part of our daily routine.
Still, the fact that we will not be able to properly interpret the quantum messages from outer space intelligent life should not affect our quantum search for ETI. Even the SETI program, if will one day detects an extraterrestrial signal, most probably won’t be able to immediately decrypt its content.

Another key ingredient in the attempt to quantum communicate with other intelligent forms of life in the universe is a means to decrypt quantum messages. We should need a quantum key. The quantum key ensures the security of the communication and endows the receiver with the necessary tool to properly assess the content of the message. In the absence of the quantum key, we may not be able to properly decipher a hypothetical quantum message ETI may communicate.
Although the quantum key is missing, we should emphasize here a remarkable property of quantum entanglement. Thus, the measurement of the quantum state of one photon of an entangled pair instantly decays the state of the other. Roughly speaking, when we will first detect and measure the quantum information encoded in photons by ETI, the sender of the message will intently be averted. Our first quantum measurement acts like an “alert button”, instantly alerting the sender ETI that another technological superior civilization in the universe is raising.
In conclusion, all we have to do is to measure the quantum information stored in one tiny photon to connect ourselves to the “universal quantum internet”.
References:
[1]Ovidiu Racorean (2017). Quantum gates implementation by X-ray single-photons around rotating black holes ArXiV arXiv: 1702.04640v1
[2]Nasa.gov – Largest batch of Earth-size, habitable zone planets