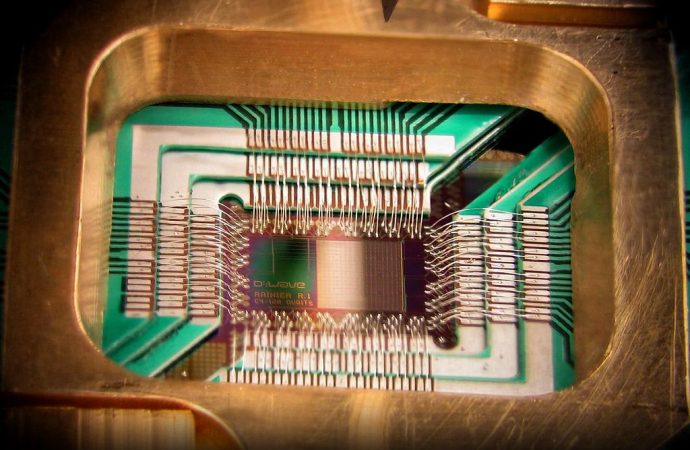 Arguably, the reconciliation of General Relativity and quantum physics is probably the most difficult endeavor faced by theoretical physics. Generations of brilliant physicists have been trying to tackle this problem, but until now no notable results have emerged; unification of the two pillars of modern physics remains a utopian dream. What if, in the absence of unification, spacetime and quantum information may concur and work beautifully together, as a team?

The Era of Quantum Computing

Light traveling close to the spinning black holes is constrained by the deformed spacetime to encode and process quantum information pretty much like the information is manipulated in ordinary home computers. Following the curved and twisted lines of the distorted spacetime, photons encode quantum bits of information in defined sequences that could make one think of computer program lines of a code. When eventually escape the black hole influence, photons in the light beams are endowed with simple quantum codes that we may interpret and assess the information they contain by quantum computers.
As the quantum computing era approaches, we are entitled to hope that sooner rather than later we may comprehend the vast quantum information the Universe is filled with.
Nature is telling us a lot more than we can understand at this moment.
References:
Ovidiu Racorean (2017). Quantum gates implementation by X-ray single-photons around rotating black holes ArXiv arXiv: 1702.04640v1
Image Credit: Ndickson / Wikimedia Commons