Home Share Your Science Localized peacebuilding and the struggle for change 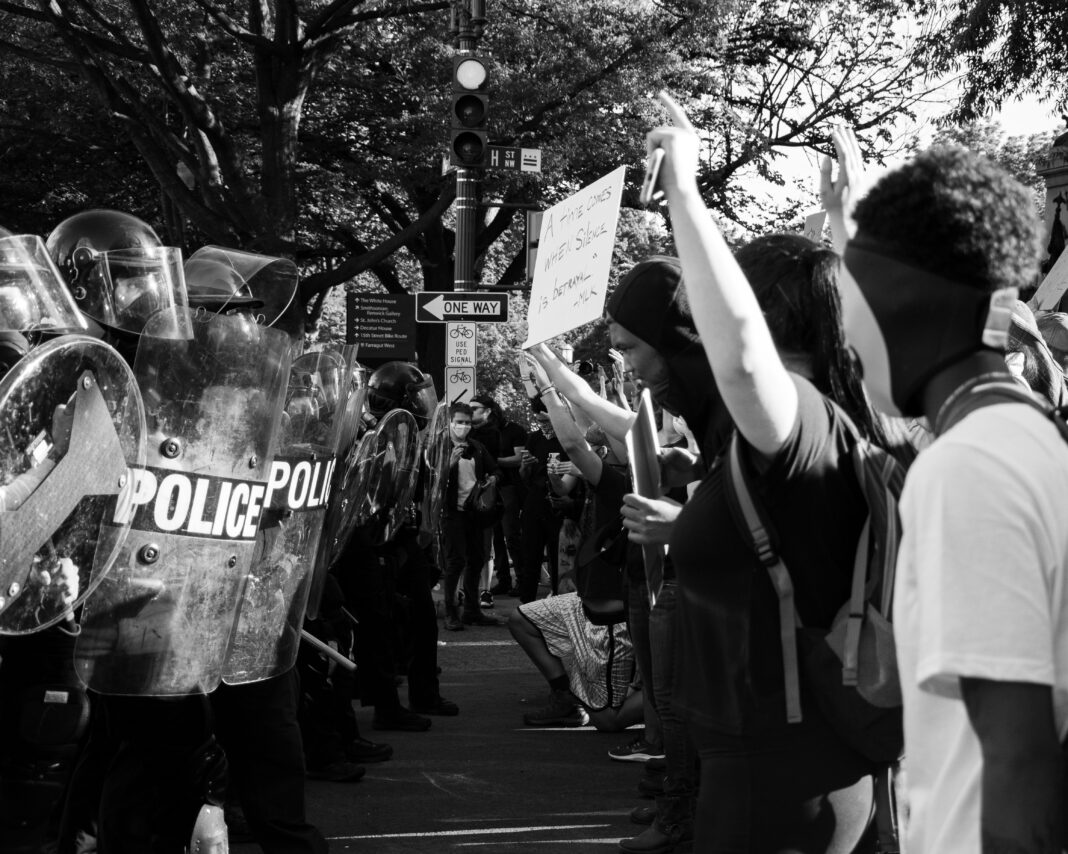 The notion of local ownership has increasingly permeated the fields of peacebuilding, development, and humanitarianism since in 1995 the Organization for Economic Co-operation and Development designated it as a precondition for effective initiatives. In the wake of major International Organizations’ (IOs) commitments (see United Nations General Assembly, 2015) and agreements between major donors such as the 2016 Grand Bargain, international intervention in the conflict and post-conflict settings is witnessing the imperative of establishing relationships with relevant actors in the concerned area. According to the 2017 declaration by the European Commission and the High Representative, localization is meant to foster sustainability and resilience through bottom-up processes: such practice usually entails targeting local civil society with instruments such as “financing, partnerships, capacity-strengthening” (Roepstorff, 2020, p. 285). The outcomes and means of localization, however, are more controversial than they might seem at first glance and have prompted a lively academic debate.

Localization in the neoliberal paradigm

The first turn towards local actors in peacebuilding, as introduced by Lederach (1997), foresaw a cooperative model in which middle-range locals are supported by outsiders in fostering transformation. In this model, the relationship between insiders and interveners was not investigated critically and was rather posited as inherently fruitful and enabling legitimacy. Such vision rested on a liberal conception of civil society as a guardian of good governance and accountability (see Peck, 1998), and thus fueled the reproduction of historically Western traditions of democracy within the mainstream liberal peace paradigm (Paffenholz & Spurk, 2006). While directing major donors’ expenditures toward empowering civil society in fragile areas, this approach has had limited and at times counterproductive results. Vogel (2016), for instance, notices donors’ discriminatory tendency to privilege like-minded actors thus undermining wider societal debates, and Belloni (2001) underscores blind assumptions about liberal recipes that limit the recognition of contextual power relations and ignore the existence of violent and sectarian civil society.

Western support of local actors has been largely detached from societal dynamics on the ground operating a careful political selection of recognized actors and supporting initiatives that homogenize demands and solutions, on the basis of specifically liberal assumptions (Belloni, 2020; Pouligny, 2005). In most analyses, international engagement with local actors has been criticized as diverging from contextual priorities (Autesserre, 2010). Indeed, it is often configured as a top-down imposition of predetermined schemes about what the target population is supposed to own (Richmond, 2012), and even as a form of governmentality echoing colonial techniques of controlling (Chandler & Richmond, 2015).

In reaction to the failures of localization efforts, a second turn in the debate adopted a critical, post-colonial approach to demand a non-linear, post-liberal peace (Ejdus, 2021). This wave changed the relationship between local and external actors, which became more adversarial and agency-centered. Based on this new model the local population’s potentiality for change lies in the resistance against Western hegemonic projections (Mac Ginty & Richmond, 2013). Such resistance is modeled around the notion of everyday peace, which underscores public and private micro-practices and shapes transformative processes, responding to the hierarchical imposition of externally-led preferences (Richmond, 2016).

Therefore, analyses started to explore the interaction between conflicting instances and the resulting hybrid peacebuilding outcomes, building on theories such as Tsing’s friction (2005) to elaborate frameworks of hybrid pace governance: this concept designates a spontaneous process through which a plethora of practices and ways of thinking produce unpredictable, non-linear outcomes, different from the results expected by problem-solving projects. While opening up space for agency, this dynamic remains highly vulnerable to power asymmetries between Western interveners and local populations in fragile settings: indeed, persisting structural inequalities favor co-option and reshape outcomes according to international preferences (Mac Ginty, 2008; Peterson, 2012).

Critical approaches have been valuable in noticing both the agency of local actors and the constraints of unequal power structures. Though, the struggle to overcome the essentializing international/local dichotomy has limited them. This binary, in fact, tends to homogenize each side, comparing a monolithic West to a romanticized “other” with a little account of the contextual diversity of actors, preferences, and political debates (Van Leeuwen et al., 2020). Therefore, relatively recent developments have adopted a more relational and complexity-oriented sensitivity shifting the focus from actors to the relationship and exchanges constituting them. They propose both power and agency as co-evolving, mutually regulating, and unpurposeful products of interaction and feedback (see de Coning, 2013; Randazzo & Torrent, 2021). However, as noted by Brigg in 2013, it is still uncertain how to strengthen theoretical insights to overcome sterile reflexivity on actors and processes and bring transformative change on a structural level.

Assessing a case of localized peacebuilding

With the aim to assess the current state of localization in peacebuilding, I conducted a qualitative case study. My research analyzed how local ownership is currently shaped in a Europe-based International Non-Governmental Organization’s (INGO) localized program funded by a European government and implemented in Lebanon, in collaboration with four Lebanese partner Non-Governamental Organizations (NGOs). Data was collected from all entities involved in the program through semi-structured interviews, analysis of relevant documents, and observations. They were then analyzed through thematic coding. The findings suggest a relevant tension: on the one hand, they reveal the chance of building an equal and emancipatory partnership between INGOs and national NGOs through relevant micro-practices. On the other, they display the incompatibility of diffuse shared ownership with the institutional constraints faced by a donor government.

Purposeful behaviors such as trust-building, community consultations, long-term engagement, and transparent communication do foster a strong perception of horizontality, thus resisting the influence of unequal power structures and resource distribution. Crucially, the impact of these practices might blur the distinction between the local and the international, highlighting instead the possibility of shared commitment to collective goals and of added value in decentralized collaboration. Moreover, they can include diverse debates and contrasting opinions, thus enabling agonism in peace-related decision-making. In this sense, rethinking the relationality and expanding the everyday resistance notion could be useful to conceptualize purposefully shared agency capable of transforming outcomes and processes.

On the other side, the general risk-aversive attitude and the resulting donor-driven imposition of rigid frameworks, tight schedules, and bureaucratic requirements hampered the empirical achievement of an ideal localization. The influence of political institutions in donor countries and their ability to shape peacebuilding programs are of particular interest. Thematic priorities are established in national foreign policy agendas, which allocate funds in a way that is still hardly based on a participatory needs assessment among the target population. Additionally, the responsibility of a European, democratic government towards the Parliament with regard to tax-derived expenditures further diminishes the scope for experimenting with more decentralized (and financially risky) engagement with entities in unstable realities.

The path to reform

Therefore, despite the relevance of positive micro-practices in the mediation of INGOs between major donors and local organizations, the position of financing institutions setting the terms and direction of the programs hampered a wider change on a structural level. It is necessary to appreciate the strong political component of funds allocation and its impact on North-South partnerships, problematize the existing system and imagine a transformative, holistic reform of the aid architecture. While INGOs and NGOs could be encouraged to be actively reflective on their relation, practices, and behaviors, donor governments calling for localization and decolonization could address with openness and transparency the economic and political nature of peacebuilding, reconsidering their own impact and position.

Autesserre, S. (2010). The trouble with the Congo: Local violence and the failure of international peacebuilding (Vol. 115). Cambridge University Press.

European Commission & High Representative of the Union for Foreign Affairs and Security Policy. (2017, June 7). A strategic approach to resilience in the EU’s external action communication to the European Parliament and the Council JOIN (2017) 21 final.

Pouligny, B. (2005). Civil Society and Post-Conflict Peacebuilding: Ambiguities of In

Tsing, A. (2005). Friction: An Ethnography of Global Connections. Princeton University Press.
United Nations General Assembly. (2015). The Challenges of Sustaining Peace. Report of the advisory group of experts for the 2015 review of the United Nations peacebuilding architecture.