Home DNA and Proteins Quantum Mechanics Might Be Responsible for Mutations 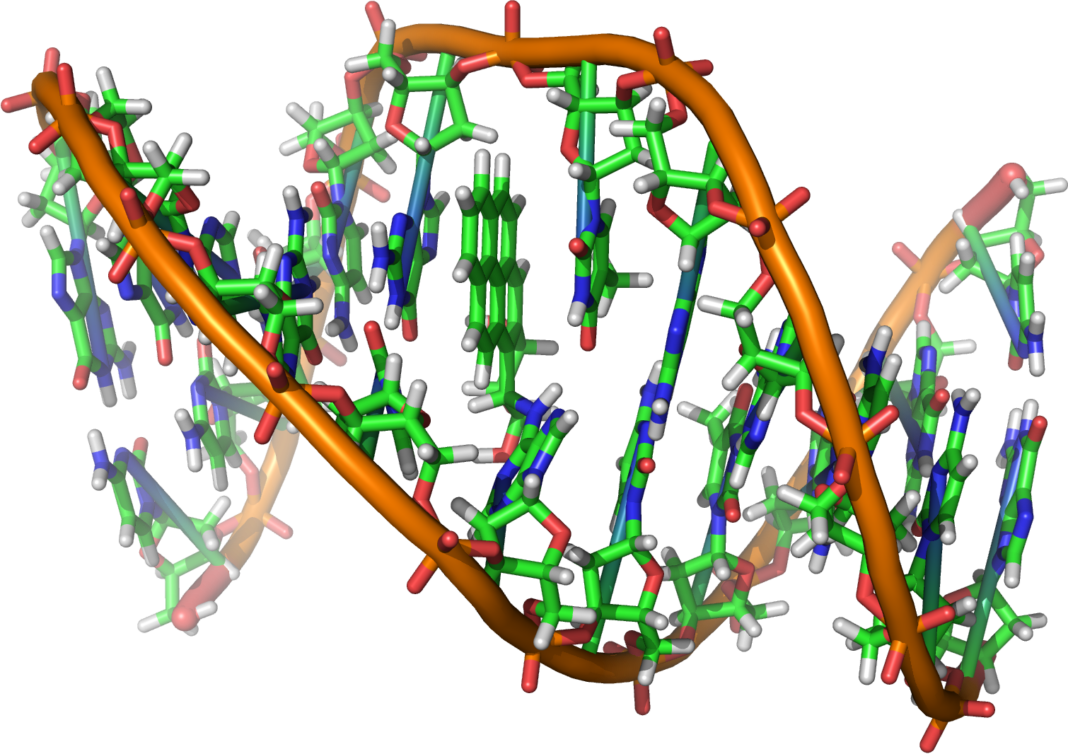 In living beings, the information to build proteins, and therefore tissue and organs is coded in a sequence of molecules —nicknamed with the letters A T C G— in the DNA. This code is tremendously stable; however, changes or mutations do constantly occur. These changes become mistakes during replication and reading of the message, ultimately impacting the final protein that the cell was supposed to produce from the original information. The consequences of mutations can vary from nothing to fatal, depending on what role or function the protein plays in the organism.

Mutations can occur via mutagenic agents such as radiation from natural or artificial sources (the Sun or X-ray devices) or chemicals. But some mutations do not seem to have a mutagenic agent; they are “spontaneous.” How do spontaneous mutations occur? A UK team from the University of Surrey determined that a quantum mechanics phenomenon called the tunnel effect plays an important role.

Tunnel effect or tunneling occurs when a subatomic particle, in this case, a proton, goes through an energy barrier, penetrating it and appearing on the other side; a situation classically impossible to happen. It would be something like a tennis ball crossing a concrete wall instead of jumping over it.

This happens at subatomic scales because subatomic particles are also waves, and waves can be reflected off a barrier and partly transmitted to the other side of a barrier.

Many atomic phenomena are explained by tunneling, like some radioactive decay. Electronics, semiconductors, and nanotechnologies need to consider the tunnel effect to function.

How tunneling could change the DNA code

A DNA double-strand is built upon hydrogen bonds (in the figure represented by the dotted line), which are much less strong than a usual chemical covalent bond in organic molecules. The hydrogen bond is formed between specific “letters”; as we all know: G (Guanine) is always bound to C (Citosyne) and A (Adenine) to T (Thymine).

As long as they pair this way, the code has a chance to be replicated and transmitted infallibly. However, sometimes the proton from the hydrogen in one of the hydrogen bonds passes from one molecule to the other by tunnel effect; i. e., one hydrogen from G to C and one from C to G. In this case, G is transformed into G* and C into C*. G* and C* are the “tautomeric” versions of the original G and C. (shown in the following figure).

If the DNA opens up for replication when any pair G-C has changed to G*-C*, G* and C* can be mistaken by the other molecules; hence: T thinks G* is an A and A thinks C* is a T, forming new pairs: G*-T and C*-A, creating errors in the code and therefore a mutation.

Tautomers in the code as a source of mutations have been controversial. The reason is that the “tautomerization” mechanism in the DNA, which requires a double hydrogen transference, is still unclear.

In the new scientific paper (open access), the team led by Jim Al-Khalili argues that the double tunneling process takes place so quickly that the mechanism to achieve the double hydrogen transfer is not relevant at cell process timescales.

﻿Moreover, they found that the protons in the hydrogen bonds are being interchanged back and forth between the molecules in the DNA at such a high rate that errors in the code upon the double-strand separation and during replication coming from tautomers are highly probable.

Mutations are not only responsible for diseases but for diversity and evolution. Understanding the physics of mutations may help us fathom our origin.