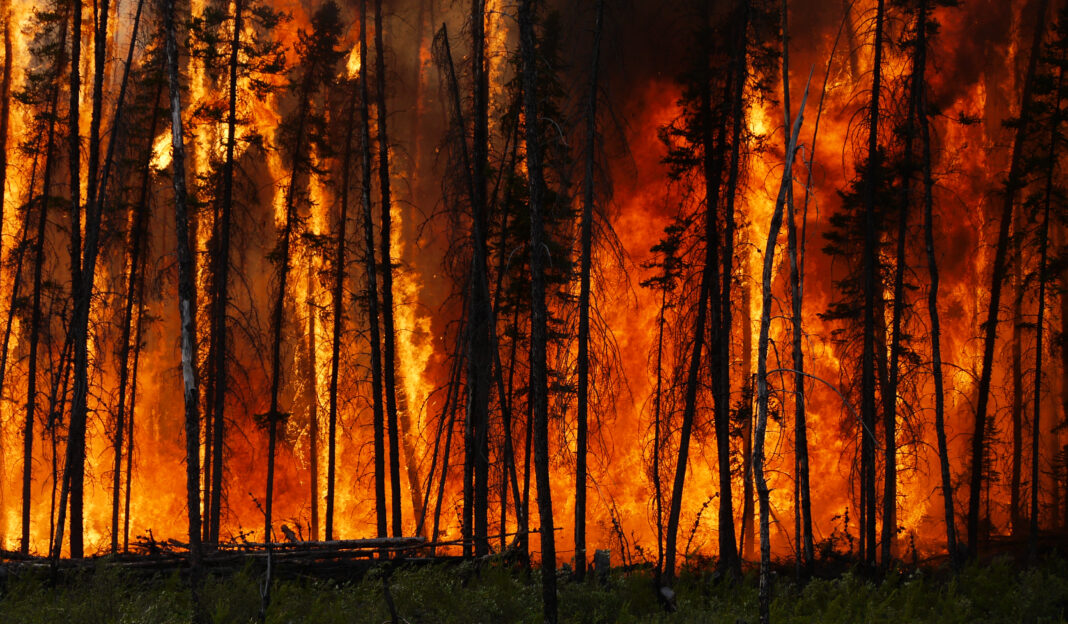 The wildfire season in 2021 was considerably greater than that in earlier history. It was characterized by augmented extreme weather conditions caused by changes in the climate, such as heat waves and droughts.

According to the National Interagency Fire Center, 44,647 wildfires had resulted in 5.6 million acres of land being burnt in the United States as of September 14, 2021. Moreover, 6,317 wildfires had burned 10.34 million acres of land according to reports by the Canadian Interagency Forest Fire Center. There were as many as 311 early wildfires during the first four months of 2021 in Arizona, compared with 127 wildfires in the previous year during the same period.

The UN issued a warning about an increase in the chance of bushfires, and that wildfires will presumably increase by 50% by 2050. Wildfires generally devastate flora, fauna, and properties; nonetheless, their impact is not limited to this destruction. An article published in One Earth sheds light on how the brown carbon (brown smoke generated after burning organic matter) generated after the burning of biomass within the Northern Hemisphere is accelerating and warming the Arctic region. Moreover, the researchers cautioned that this phenomenon might lead to greater wildfires sooner.

Wildfires create a severe impact on the environment, particularly through the direct health effects of smoke, ecosystem services losses, and property destruction, specifically in wildland and urban interfaces.

In 2017, Xue Long, a Chinese icebreaker vessel, was sent to the Arctic Ocean for determining the floating aerosols in the Arctic air and for the identification of their sources. Findings from this expedition suggested that brown carbon substantially contributed to the temperature rise than previously estimated. Pingqing Fu, the senior author mentioned that brown carbon resulted in a warming effect up to approximately 30% than that of black carbon/soot (release after burning fossil fuel or biomass).

Temperature projections of the Arctic in 2007 suggested an average warming of approximately 2 °C-9 °C by 2100. The article mentions that Arctic warming has been occurring at a rate thrice than other regions of the planet, particularly in the last five decades, being wildfires a major factor governing this trend. The researchers mentioned that brown carbon generated after burning biomass resulted in at least twice the warming caused by that generated after fossil fuel burning. Brown carbon absorbs more solar radiation than black carbon because of greater mass, thus warming our planet.

Fu and his collaborators intend to explore changes in the composition of aerosol from sources apart from brown carbon after wildfires. Precisely, they aimed to determine the impact of wildfires on bioaerosols, which are synthesized from animals and plants, and can comprise living organisms, such as pathogens. Moreover, Fu mentioned that wildfire mitigation deserves special attention. Findings published in this article will increase awareness of the importance to mitigate wildfires.