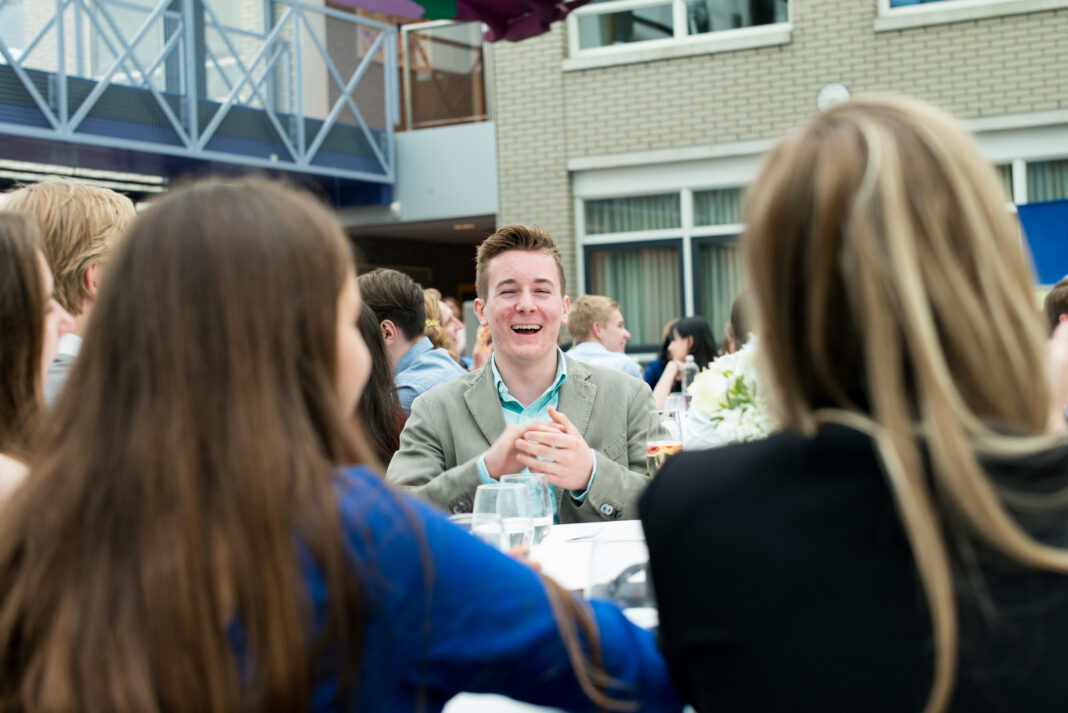 How do we interpret the behavior of adolescents in the context of a pandemic, as right now? How do they adhere to public health recommendations when it seems that their own health is not in big danger? Is the government delivering an accurate message to get them involved in caring about public health?

For almost a year, Dutch adolescents have dealt with keeping social distance, staying away from the elderly and vulnerable people, and being home as much as possible, and they have experienced periods of online education. This group comprises about one-sixth of the population in the Netherlands and they are not at a big risk of suffering from severe cases of COVID-19: so, what has motivated them to adhere to the measures and comply with public health guidelines?

Researchers from different institutions in the Netherlands conducted one of the first studies that focused on health-protective behavior (HPB) during the COVID-19 outbreak. The explorative study aimed to obtain clues about the motivation behind adolescents adhering to the government COVID-19 recommendations as part of the public health response to the crisis.

Furthermore, the study analyzed bullying and stigmatization of minority groups, as some social media reported cases of adolescents of Asian descent being harassed in the Netherlands during the early stages of the COVID-19 outbreak.

Health-protective behavior (HPB) is a theoretical framework to analyze any behavior performed by a person, regardless of his or her perceived or actual health status, in order to protect, promote, or maintain his or her health, whether or not such behavior is objectively effective towards that objective. This kind of behavior is important to prevent the further spread of a virus and control the outbreak.

To researchers, adolescents are a challenging group for analyzing HPB because of their relative autonomy compared to younger children. In addition, they are not under a serious threat of contracting severe COVID-19 and so their compliance with public health guidelines must be motivated by a sense of obligation to others. The lack of strong evidence toward their incidence in SARS-CoV-2 transmission and doubts about if they could be expected to comply with social distancing rules raises questions on if measures should be implemented for this group.

The research analyzed HPB by the protection motivation theory (PMT), which allows us to know how people respond to a threat. This theory indicates that the motivation to engage in protective behavior is influenced by different factors: perceived severity of the threat and personal vulnerability; perceived efficacy of the recommended behavior; and self-efficacy, considering one is capable of performing the recommended behavior.

“Monitoring the motivation of the population to adhere to recommendations is a crucial part of the public health response to this crisis. Behavioral and social sciences can inform public health communication strategies aimed at improving a population’s ability to limit the spread of COVID-19,” researchers have asserted in the paper published in PLOS One.

The HPB model has been used to study adults during outbreaks of emerging infectious diseases, especially during the H1N1 influenza pandemic in 2009 and the SARS outbreak in 2003. Now, a group of scientists from the Erasmus MC, University Medical Center Rotterdam; VU University, Amsterdam; the Center of Expertise Innovations in Care, Rotterdam, the University of Applied Science in Rotterdam; and the Municipal Public Health Service Rotterdam-Rijnmond has applied this framework to adolescents.

To check the rise in bullying and stigmatization of students with an Asian appearance in school, the researchers used the attribution theory of stigma (ATS) model to measure the social stigma. As described in the scientific article, earlier research has shown that individuals who perceive themselves at risk of the disease are likely to engage in protective behavior but, at the same time, may also stigmatize people who are believed to be potential sources of the disease.

The data collection took place in 2020 from March 17 to April 20, when schools were closed in the Netherlands because of COVID-19. Online questionnaires and telephone interviews were administered to Dutch adolescents between 10 and 16 years of age, attending primary or secondary school.

The result showed that COVID-19 is perceived as a threat to other peoples’ health, rather than their own. In spite of this, the adolescents adhered to public health measures in the interest of older and more vulnerable members of their community. As researchers remark, this optimism bias was also observed among adolescents in the United States (US) in a study related to smoking. It could indicate that adolescents, in general, are susceptible to optimism bias, but it might be culture-bound.

Responses to the questionnaire showed that adolescents were aware of the need for preventive measures implemented in the Netherlands but found them demanding. All participants perceived the recommended behavioral guidelines by the government as important to reduce the spread of COVID-19. Although they found missing leisure activities, social contact, and sportsmanship difficult, they complied with precautionary measures such as washing hands and maintaining physical distance from others. For some of them, keeping physical distancing became routine while outdoors, requiring little conscious effort after a while. According to the study, adolescents rated themselves as capable of staying at home and wearing masks more than they rated these measures to be efficient.

All the interviewees answered that the most plausible origin of the COVID-19 outbreak was zoonotic and that human behavior has contributed to the emergence of the virus. Owing to the fast spread of COVID-19 from China to other countries, most answered that they considered traveling as one of the most important causes for the spread of the disease.

Adolescents blamed unsafe behavior and poor compliance to health guidelines for the spread of COVID-19 in the Netherlands.

The researchers did not find convincing evidence related to misinformed beliefs, conspiracy theories or prejudices, stigma, and bullying against certain ethnic groups among adolescents. “When asked explicitly about such tendencies as reported by national media at the time, interviewees indicated that this was an early reaction to the pandemic, which had been resolved by the time this study was initiated”, suggests the research article. Participants in the study indicated that the stigma could have disappeared because the general public developed a better understanding of the virus. Most of the teenagers do not hold China responsible for the start of the pandemic and no specific groups or ethnicities were blamed for the spread of COVID-19. Researchers suggest that, to counteract disease-related stigma that could arise in future pandemics, public health agencies should take action focusing on promoting an accurate understanding of the outbreak, right from the beginning.

Adolescents feel sympathy and neutral emotions towards people infected with COVID-19. Some findings from the questionnaires show that, when attributing greater responsibility towards COVID-19 infected individuals, adolescents also experienced more antipathy towards them, which was expressed as disappointment or general frustration, not anger or hatred.

In conclusion, the research found that adolescents adhered to recommended precautions in the interest of the vulnerable. Therefore, sending prosocial messages that reflected on the dangers of infecting vulnerable people could promote the effects of empathy and health-protective behavior among Dutch adolescents. Despite this, the research recommends politicians to focus on communicating to adolescents through reliable sources and with reliable information. It also suggests stimulating teachers to spread correct information even in times of schools being closed. Therefore, public health agencies should be forthcoming when communicating the urgency and importance of the precautionary measures and highlight the benefits, specifically for adolescents.

The researchers propose that future research efforts could provide more insight on changes in HPB and stigma over time using a longitudinal design and delve further to elucidate the links between the protection motivation theory and health-protective behavior.

Daily physical activity may enhance the efficacy of COVID-19 vaccines

Could Brazil Be the Starting Point of the Next Pandemic?