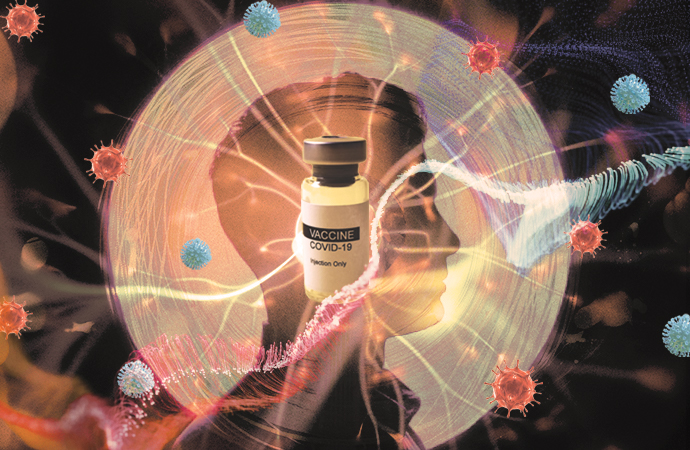 Since the spreading of SARS-CoV-2 started in China in December 2019, genetic mutations of the virus gave rise to different variants that behave slightly differently from their predecessor.

When a virus infects a cell and then replicates using the cell’s machinery, mistakes can happen. Over time, these errors can generate mutations in the virus’s genetic material. When a virus has one or more mutations that modify the virus, a variant emerges. New variants can be more infectious and more resistant to vaccines. Several changes in the proteins that form the virus case can affect how antibodies developed after an infection or how a vaccine neutralizes it.

Amongst SARS-CoV-2 new variants, the Delta strain was identified in India in October 2020. According to the Centers for Disease Control and Prevention, it then spread rapidly and it has already been detected in 111 countries.

In a recent paper published in Nature, Schwartz and colleagues from the Pasteur Institute in France investigated the response of the new Delta variant to the Pfizer and AstraZeneca vaccines.

The researchers isolated a sample of the variant from a traveler returning from India. They analyzed the reaction in 109 patients infected with the first strain of SARS-CoV-2 and 59 that received the first dose of the vaccines. Their findings showed that antibodies present in people with a previous infection or from the vaccines could not target and neutralize the Delta variant, meaning that they were less effective against this new strain.

The genetic analysis of the Delta variant shows that it contains nine new mutations, including seven in the genes that codify for different parts of the spike protein that allows the virus to recognize and enter the cells.

Since the antibodies against the virus recognize the spike protein, mutations can make the virus more resistant, avoiding the recognition and targeting by the vaccines.

Schwartz and colleagues found that while one dose was not enough to neutralize the Delta strain, the administration of two doses showed an effectiveness of 95%. They also discover that the vaccination of people previously infected with the Alfa variant was effective against the Delta variant. Furthermore, their immunity response was even higher than the average.

The new Delta variant appears to be more infectious and to spread faster compared to the Alpha variant. Despite these results, researchers showed Pfizer and AstraZeneca vaccines were effective in a two-dose administration.