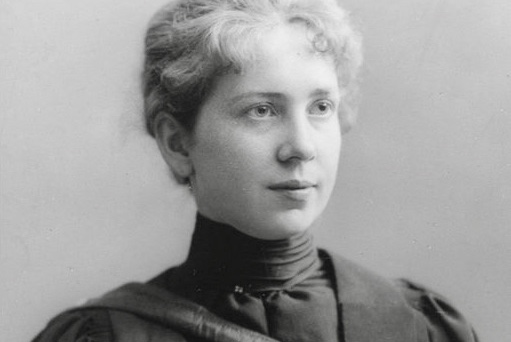 Meet Harriet Brooks, a renowned Canadian female nuclear scientist, born on this day in 1876 in Ontario.

By the late 19th century, physics was not a popular choice among young women seeking an academic career. At the McGill University, in Canada, it was only in 1901 that a master’s degree in physics was awarded to a woman: Harriet Brooks. Encouraged by her mother to study, Brooks enrolled at McGill in 1894 and graduated with an outstanding performance.

Brooks soon started working with Sir Ernest Rutherford, who had recently arrived from Cambridge to set up a research group in Canada and began studying electricity, magnetism and, later, radioactive decay. She was the first person to characterize radon, a gas with low molecular weight.

In 1901, Brooks had a short passage in J. J. Thomson’s lab, at the Cavendish Laboratory in Cambridge. Despite the progress made during that period in her work, she lacked proper tutoring by Thompson and returned to Canada to resume her research with Rutherford in 1903.

Together with her long-time supervisor, she made one of the crucial discoveries of her career: the “recoil effect”, the result of the ejection of nuclear particles at high velocity that causes the remainder of the atom to recoil. The discovery had a tremendous influence on the work of other physicists such as Otto Hahn, who did not give Brooks credit for her discovery, and Lise Meitner. In 1906, she met and started working with Marie Curie in Paris, before she applied to a position at the University of Manchester.

However, Brook’s prominent career ended abruptly in 1907, when she married a physics instructor at McGill. The family settled in Montreal, had three children and, due to the pressure of close friends who saw no place for a married woman in a laboratory, Brooks never again worked in the physics field. She died at 56, in 1933.


DONATEIt only takes a minute

Show your support for Open Science and Open Access!
With 2021 already starting with a lot on its multidisciplinary global agenda and how relevant is the access to scientific news and knowledge, we are committed to continue our work proactively.
Support us from 5€
×
2021 just started and so much is already happening globally.
The vaccines, the social-political challenges, the climate change, and environmental rising events, the physics discoveries, and more.
Keep up with UA Magazine, we will give you the latest science news and essays, free of cost and advertisement.
We need your support to stay online.
Support United Academics, support open science to everyone.
×